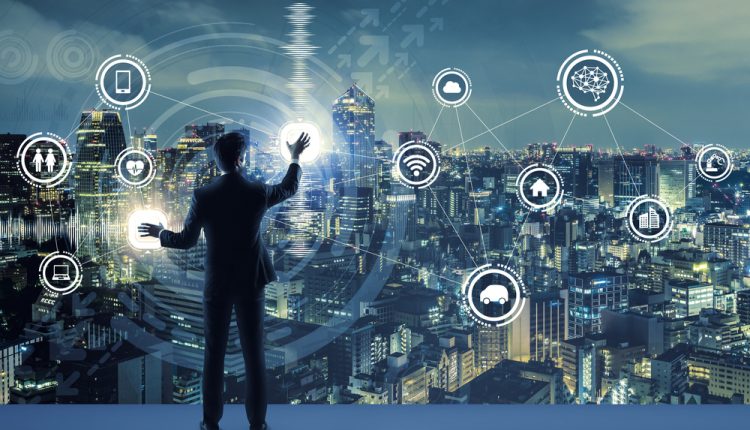 UAE-based telco du, from Emirates Integrated Telecommunications Company (EITC), along with Nokia, Affirmed Networks and MediaTek today announced the launch of next generation Narrow Band-Internet of Things (NB-IoT) network in the United Arab Emirates based on the latest 3GPP Release 14 standard.

The NB-IoT will leverage the purpose-built IoT platform built by du, to enable devices to deliver a wealth of smart city applications ranging from smart metering, smart parking, trackers, smart health, industrial and agriculture use cases. This announcement shows the commitment of the consortium to accelerate adoption of NB-IoT to serve customised IoT applications and lay the foundation for the 5G-era of massive IoT connectivity. NB-IoT technology is supported by a wide range of modules powered by MediaTek devices and state-of-the-art NB-IoT 3GPP Rel 14 Network provided by Nokia and Affirmed Networks.

Saleem Alblooshi, Chief Infrastructure Officer, Emirates Integrated Telecommunications Company, said: “The development of IoT is critical to the rollout of 5G and today marks an exciting milestone as we launch a state of the art NB-IoT ecosystem in the UAE. Unlike the previous generation Release 13 NB-IoT, the launch of the first 3GPP Release 14 NB-IoT network opens up possibilities of newer implementations due to the higher throughput, lower latency and Mobility enhancements. We are excited to be a step closer to realise the vision of the UAE leadership to build the smartest city in the world and achieve digital transformation.”

Bernard Najm, Head of the Middle East Market Unit at Nokia, said: “We are thrilled to have partnered with du to launch the new NB-IoT services and contribute to build smart cities in the UAE that can become global role models. This launch marks a milestone in the UAE in creating a cost-efficient IoT ecosystem with the country’s LTE asset, connecting numerous devices. It allows the operator to introduce innovative services in various verticals such as energy, water, home appliances, transport, healthcare, and manufacturing, creating revenue opportunities as well as comfort in lifestyle.”

“du has consistently been one of the most innovative telecom operators, which is evidenced by their early adoption of NFV as an enabler for new services, such as IoT, that enterprises are looking for over 5G,” said Mohammed Shanableh, Vice President of Global Sales and Operations of Affirmed Networks. “This collaboration is an excellent example of how open standard-based approaches can dramatically accelerate the adoption of IoT services that will help us realise the power and potential of 5G.”

Miles Sun, General Manager Corporate Sales Asia and Africa at MediaTek, said: “Our collaboration with du brings next generation IoT technologies to reality. The goal is to enable smart city solution providers with fully standardised IoT technologies. Owing to the simplicity of its design, MediaTek’s chipset technology will accelerate the certification process, which in turn will reduce cost and time needed to deploy new IoT use cases. Our focus is to deliver an efficient, ultra-low power design with deep coverage, which means running on battery for long periods and connecting smart devices in locations that are typically hard to reach by cellular signal. This will enable du and its partners to fulfill the vision of Dubai Smart City with massive IoT deployment on end products that are highly cost and size efficient.”

For this project, MediaTek used an NB-IoT Release 14 enabled System-on-a-Chip (SoC) for ultra-low power and cost effective IoT devices. It enabled extended coverage for applications, such as smart trackers, wearables, IoT security, smart metering and other industrial applications. The MediaTek chip’s highly integrated design incorporated an NB-IoT modem, antenna RF and base-band analogue front-end among many other components, in order to simplify the product design process for partners. Its miniscule package size and low pin-count yields cost and size effective designs for many applications.

IDC forecasts META security spending to reach $2.7B this year