It’s all fun and games until you get hacked – and this is just one risk of downloading cracked games, cautions Phil Muncaster, Guest Writer at ESET 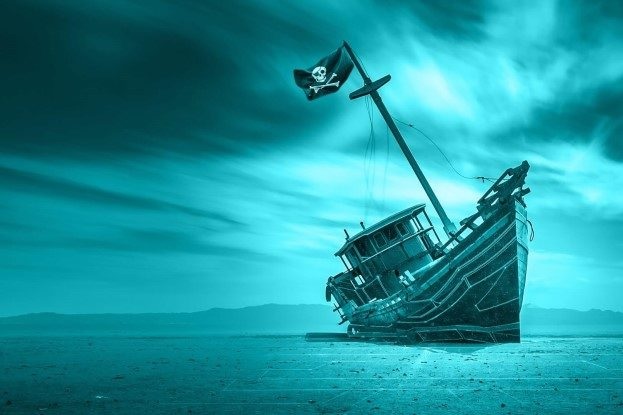 Revenue in the global video games market is set to grow by nearly 11% this year to reach almost $209bn. But when we see this much growth, revenue, and users concentrated in one place, there are usually people around looking to profit. This is where piracy comes in.

Just as with movies, TV shows, books, and other digital content, there’s a roaring market in gaming titles that have been “cracked” so that anyone can use them for free. Piracy is rife across platforms, from PC and mobile device-based games to consoles.

It’s difficult to say definitively whether piracy actually impacts the global trade in legitimate gaming software. Some studies like this 2017 report have found that, unlike other types of content, it may not always have such an adverse impact. However, what is clear is that downloading and running a pirated copy may expose you to multiple risks – from penalty fines to dangerous malware. And these are just some of the threats faced by gamers.

What are pirated games?

The piracy and grey markets always seem to be one step ahead of legitimate digital distribution channels. Witness the success of Napster, years before iTunes and Spotify emerged. Or Megaupload, one of the biggest sources of digital piracy when it launched in 2005, two years ahead of Netflix.

There’s scant data on the size of the market for pirated games. But we know how large the legitimate market is. Mobile is expected to dominate over the coming years. It generated an estimated $180bn in 2021, over half (52%) of the global total, so it would be safe to assume that piracy rates are relatively high here.

At its simplest, pirated games are those that have been “cracked” by bypassing digital rights management (DRM), technology designed to protect copyrighted content. By doing so, they allow users to access and play the titles without paying their developers or distributors. Often, in-demand titles are singled out for this treatment as soon as they become available to buy, although there are even examples of pirates getting hold of and distributing free copies in advance of official release dates.

5 reasons to stay away from pirated games

Regardless of how the games are ultimately cracked, the repercussions could be dire for users. They include:

Threat actors will use a popular game and the lure of free content to encourage users to download malware-infested software. They may do so by sharing messages on social media, phishing emails, or even through search engine optimization of their websites or P2P torrents. Often, the malware has been crafted to bypass traditional security filters or it may require the user to deactivate their anti-malware software altogether. It also typically asks for excessive permissions to run. Malware could also be hidden in mods – additional files required to continue playing.

The risk is real. In June 2021, it was revealed that millions of PCs had been compromised by Trojan malware over a two-year period. Spread primarily by pirated games, the malware stole over one million unique email addresses and 26 million login credentials, among other things.

Although not as dangerous as full-blown malware, adware can be a nuisance to PC and mobile users. Continuous pop-ups and new browser windows will flood the victim with a torrent of videos and static advertising, making normal use of the device/PC increasingly difficult. Back in 2020, 21 gaming apps were kicked out the Google Play store for containing intrusive adware.

Pirated games might seem like a great way to access sought-after titles for free. But the reality is often quite different. It may never work properly on your PC, console, or device. There may be bugs or glitches that severely impair its performance. It might be incomplete. Or the game may simply stop working after a while, if its developers run continuous software registration checks. In other situations there may be compatibility issues. For example, if users try to add pirated software to their Steam library they will be identified as non-Steam games, and won’t be able to access the full functionality of the platform.

There’s also a chance that the legitimate developer may be able to track pirated software back to specific devices and PCs and partially or permanently blacklist linked accounts. This is a particular risk on gaming console platforms like Xbox, where providers have been extremely proactive with such efforts in the past.

Finally, it’s important to remember that using pirated gaming content is illegal. Depending on the jurisdiction in which you live, it could lead to fines or even jail time, if use of cracked software can be traced back.

The good news is that it’s not difficult to stay clear of most of these risks. The obvious choice is to avoid torrent sites and always buy video games from official stores. This will help to mitigate the risk of malware and adware, poor gameplay, and potential legal trouble. Other key tips to stay safe include: