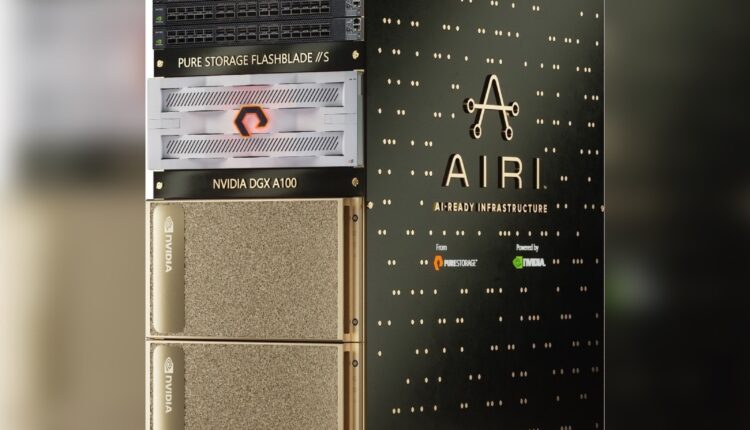 Pure Storage has announced AIRI//S, the next generation of its complete AI-ready infrastructure, developed by Pure Storage and NVIDIA. AIRI//S provides enterprises a simple, on-demand infrastructure that accelerates AI initiatives at any scale.

Pure Storage, in collaboration with NVIDIA, had launched AIRI in 2018, the first AI-ready infrastructure reference architecture, purpose-built to enable organisations to achieve better utilisation and uptime, and ultimately scale their AI and data science investments without complexity.

Pure has now announced the next step in its collaboration with NVIDIA with the release of AIRI//S, powered by FlashBlade//S, NVIDIA DGX A100 systems and end-to-end networking, based on NVIDIA Quantum and Spectrum networking platforms.

AIRI//S provides enterprises with a proven, simple, and scalable infrastructure for all stages of the AI data pipeline. The first solution to include Pure’s new FlashBlade//S, AIRI//S delivers significant advancements in non-disruptive performance, density, power efficiency and scale, resulting in optimal alignment to the industry-leading AI training performance and parallelism gains that DGX systems deliver.

Since launch, AIRI has supported hundreds of AI workloads across customers ranging from startups to national security departments to multinational technology conglomerates, and every type of data-driven industry in between.

Critical benefits of AIRI//S include: