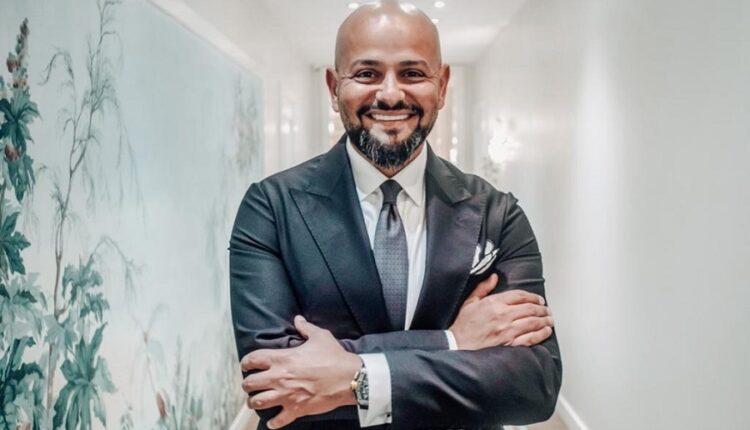 Venom Foundation has been registered as the first crypto foundation in the ADGM, with a license to operate a blockchain and issue utility tokens. ADGM is well known as a fintech oasis for investors and financial services firms in the region and from around the globe. The next essential step of Venom Blockchain – its launch – will be announced soon.

Venom blockchain is an asynchronous blockchain technology of dynamical sharding, that has made an unprecedented leap in blockchain technology development globally, bringing to the market boundless scalability, and higher security guarantees with decentralisation. Venom Foundation is a leader within three core directions, such as Essential Infrastructure, Support of Inbound Projects, and Developer-friendly Platform, each to offer novel solutions for solving earlier existing issues in the crypto market. Though, the most valuable feature for the MENA region market is the technology that enables major corporations and companies to conduct an easy and secure transition into Web3 globalisation, managing the gross data transaction flows without faltering by increasing fees and transaction times.

Venom Foundation’s main priority is to develop and support a self-sufficient blockchain ecosystem and it has already yielded significant results: non-custodial Wallet (VenomWallet mobile application and Desktop Browser Extension) with a Multisig accounts option and Ledger support, VenomScan (to keep everything transparent with access to transactions history), VenomBridge (allowing the interchain transactions to be made fast, while low price), VenomPools (to stake on Validator nodes), VenomGet (an easy gateway to Venom tokens), Web3.World (native decentralised exchange) has been built. Individual developers, companies, and government authorities will be able to engage Venom Foundation to establish new products such as NFT marketplace, Derivative Exchange, fiat-backed stablecoin, and many others to come with the potential to become a bridge toward wide adoption of CBDC in the UAE, other MENA countries and globally. Subject to the relevant regulatory approvals, Venom Foundation will work with ecosystem participants to ensure that such products are offered in a compliant manner within the trusted and well-regulated environment of ADGM.

Nowadays, MENA region entrepreneurs are considered the pioneers of the global crypto trends’ adoption, thus there is a vital need for companies to think of decentralised globalisation of the data flows for businesses as well as governmental and social projects. Abu Dhabi Global Market (ADGM), the International Financial Centre in Abu Dhabi, has previously launched its framework to regulate spot crypto asset activities, including those undertaken by exchanges (MTF), custodians, and other intermediaries in ADGM. This follows the need to mitigate the full range of potential risks associated with crypto asset activities and shows that security is still the number one priority for the market trend itself.

The Venom blockchain is an exciting project for pioneers and early-adopters and has been developed and supported by great market specialists and industry leaders who have been involved in its development and potential launch. Mustafa Kheriba, Dr. Kai-Uwe Steck are Foundation members and have given the project’s team full support and their unique and unparalleled expertise guidance.

Mustafa Kheriba is the Executive Chairman of Iceberg Capital; and also serves as Executive Chairman of VENOMEX, a multilateral trading facility and a custodian of digital assets that is fully licensed and regulated by FSRA at ADGM; a member of the Board of Directors of Mirabank, Australian Gulf Capital, Quantum Age Corporation; and a Member of the Steering Committee Pathway 20 initiative. Mustafa Kheriba was named as a top 50 Mena Fund Manager two years running and is well known for creating and building value within firms. He has held key positions across organisations in the UAE, Egypt, Jordan, Bahrain, KSA, and the UK; and was a member of the Board of Directors of several locally and regionally listed entities. Dr. Kai-Uwe Steck is a Swiss/German attorney at law, who manages Pontinova Circle investment group, and has extensive expertise in FinTech and has global presence with offices in Switzerland, Germany and Abu Dhabi. Both have been instrumental in the support and founding of Venom and strongly believe that in the nearest future this project would become among the leading blockchain platforms globally, due to its team’s aptitude and dedication for improvement and better usability.

Venom Foundation has an exceptional panel of widely known professionals and influential figures in the tech industry, investment sector, and avid entrepreneurs such as Peter Knez, Osman Sultan, and Shahal M. Khan. Peter Knez, Ph.D., former Global Chief Investment Officer at BlackRock, and founder of Knex Ventures, is an industry leader and seasoned investor in technology and fintech with a focus on data and data-driven decision-making. Osman Sultan, DU Telecom’s ex-CEO and Founder of Fikratech, is a visionary leader, and one of the pioneers in the MENA region with 35 years of experience in the telecommunication field. Shahal M. Khan, founder of Burkhan World, Trinity Hospitality Holdings and CEO of Burtech, is considered to be a strategic investor, and economic leader in alternative global finance and New Economic theory related to Digital Assets.

The future for this sector is bright, and it is evident that the industry is in need of a blockchain platform that will be flexible enough to outreach and bridge different dimensions of market participants through its customisation service. The Venom blockchain will be a leader and will become a platform that will bring novel customised approach to the market globally.