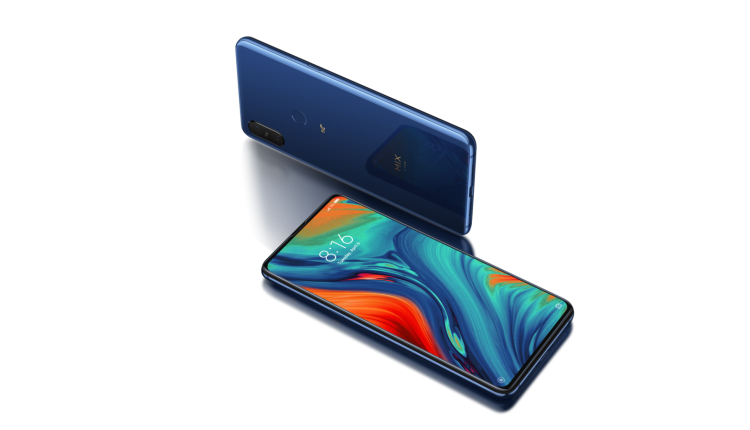 Following shortly after the announcement in Chinese Mainland, Mi 9 has also been announced for other global markets. Mi 9 is Xiaomi’s latest flagship, featuring an AI triple camera, class-leading 20W wireless charging and unimaginable performance powered by the Qualcomm Snapdragon 855 Mobile Platform. Mi 9 will first be available in Western Europe starting from €449.

Xiaomi set its sights on a 5G solution as early as in May 2016 by establishing a team to deep dive on 5G standards and to start exploratory research. As a major participant of 5G trials organised by China Mobile, Xiaomi successfully tested n78 signal connection in September 2018, and completed mmWave (millimeter wave) signal test one month later. By that time, only a handful of smartphone manufacturers in the world had successfully conducted such testings.

With the official announcement of Mi MIX 3 5G, Xiaomi is now one of the first smartphone manufacturers to produce a 5G phone for commercial use. At the launch event, Xiaomi demonstrated the readiness of Mi MIX 3 5G with a live demo, made possible using the 5G network provided by Orange Spain.

“Xiaomi has spent tremendous efforts developing a 5G smartphone solution and Mi MIX 3 5G represents Xiaomi’s quest to create innovative products for everyone,” said Wang Xiang, Senior Vice President of Xiaomi. “We are also delighted and honored to be working with our partners to make 5G a reality for even more users all over the world.”

Mi 9 is Xiaomi’s first flagship with an AI triple camera, with the main camera utilizing the latest 48-megapixel Sony IMX586 1/2″ sensor. Users can choose to shoot high-resolution 48-megapixel images, or in low-light conditions, take even clearer and brighter photos as Mi 9 will combine four pixels to one, resulting in very sensitive 1.6μm large pixels. The AI triple camera combination of the main camera, 16-megapixel ultra wide-angle camera, and a 12-megapixel telephoto camera gave Mi 9 a score of 107 by the authoritative DxOMark website, giving it the second highest score of all tested smartphones. In addition, a video score of 99 puts it at number one on DxOMark for video capture.

Should your business use chatbots?