Gaurav Mohan, VP Sales, SAARC & Middle East, NETSCOUT reflects on the evolution towards 6G and what advances this futuristic technology will bring.

Only 30% of the world’s countries currently have access to 5G. While governments and businesses are still evaluating the improvements 5G brings to their organizations; the term 6G has entered the conversation. The world’s leading nations and tech companies are racing to grab the 6G sweepstakes about to hit the tech world. The UAE’s major telecom Etisalat has already announced its ambitious 6G plans in June 2021. The carrier has said it is upgrading the capabilities of its R&D centre in preparation for 6G implementation.

As the name suggests, 6G will be the sixth generation of wireless technology. A new generation happens approximately every ten years. The critical feature of each new technology is the increased spectral efficiency that allows transmission of more information using the same amount of resources. 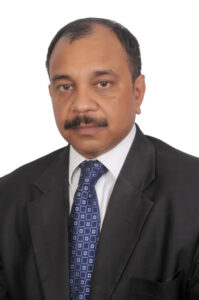 The Evolution towards 6G

6G is expected to arrive by 2030, and it is important to understand how it will build on the advances 5G has made in terms of speed and capacity. Although it is still in the theoretical and development stage, we know that 6G will start where the 5G specifications end. 6G is predicted to operate in higher frequencies—the terahertz (THz) spectrum—with lower latency than 5G.

What Advances Will 6G Bring?

6G networks are expected to support data rates of 1 terabit per second (Tbps) – that’s a massive 1,000,000 Mbps and is thus very fast.

6G will also transform the operations of many industries and our everyday life. Industry experts believe that advancements in 6G will give way to holographic-type communications. This could mean a new age for integrated remote learning, geographically dispersed team meetings, telemedicine, museum exhibits– and this is just the beginning. The things we’re just doing now could be commonplace with 6G.

Moreover, 6G will bring about five-sense networks with fully tactile haptics. 6G will redefine virtual reality. Users will be able to see, hear, touch, smell, and taste their VR experience. This will significantly enhance gaming experiences. Moreover, this has applications within prosthetics as well. Prosthetic users could have seamless—possibly even neurological—integration with their devices and instantaneous response, perhaps using Wi-Fi implants.

Additionally, 6G is likely to allow ICT improvements to critical infrastructure. And will also help bridge the digital divide. As networks become easier and cheaper to deploy, coverage will expand. With networks moving from hardware to software, overall costs for CSPs and end-users could drop as well.

Autonomous vehicles and planes are possible with the network coverage, data capacity, and low latency brought about by 6G. In line with the global and emphasis on sustainability, 6G builds further on 5G’s benefits to the environment, as it involves improvements in automation and allows communications service providers (CSPs) to reuse network equipment.

One way to consider 6G possibilities is to think of the modern conveniences and capabilities we still think of as “futuristic” or science fiction. 6G promises to make that future possible.

Report: 50% of UAE Healthcare Providers Use Equipment with Legacy OS

F5: Most Missing Insights are Due to Data Bias

SolarWinds: Top Tips on How to Backup Data

The Case for Full-Stack Observability

ML, AI, and the Crystal Ball