The Future Of Banking And Blockchain In The UAE

Matt Blom, Global Head of Sales Trading at Diginex, gives an overview on the blockchain innovation in the UAE and the role digital currencies will play in the future. 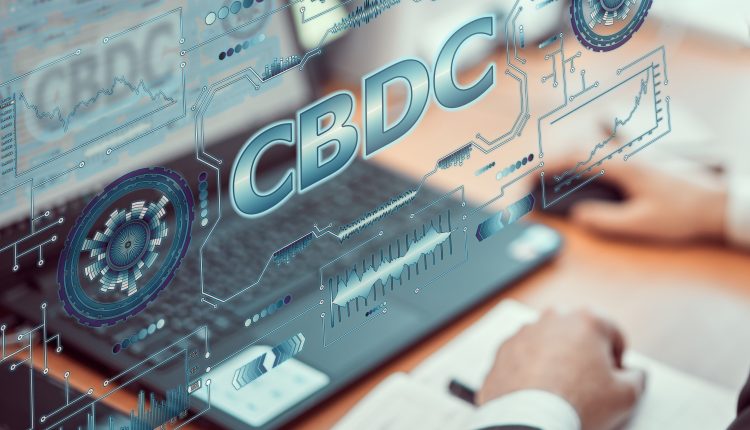 Over the past four years, the UAE has successfully leveraged blockchain to help build its position as a fintech capital of the world. The banking sector, which is entirely reliant on transaction security, efficiency and accuracy, has been a key beneficiary of the speed, automation and immutability which is intrinsic to blockchain technology.

During the Middle East Banking Forum in Abu Dhabi November last year, it was announced that United Arab Emirates’ central bank will establish a Fintech office ‘in the near future’ to support financial innovation in the banking sector. This Fintech office would complement many of the important strides already being taken by the UAE central bank and individual banking players.

Many DIFC and ADGM officials have been vocal about the benefits of blockchain for the banking sector. Essa Kazim, governor of DIFC, has commented that “Blockchain and digital currency are areas that the DIFC is evaluating with great interest and will certainly create new opportunities within the financial services sector.”

Successful blockchain-based banking projects launched in the UAE in recent years include Etisalat Digital’s launch of UAE Trade Connect (UTC) in June 2019. This brought together eight major UAE banks to apply blockchain as a verification layer to detect fraud in invoice financing. This project has already helped to uncover an estimated 3.75 million fraudulent transactions in the UAE annually, representing $435 million USD in potential losses. Emirates NBD leveraged blockchain to develop a wire fraud prevention system in March 2018. Under this system NBD witnessed a 99% reduction in cheque fraud and from January to November 2019, the project verified over 35 million cheques. Also in 2019, Abu Dhabi Commercial Bank (ADCB) was the first bank in the UAE to run an end-to-end blockchain trade finance transaction with full document automation. In a press release, ABCD reported that this blockchain based system offered “corporate customers greater confidentiality, the ability to keep a closer tab on the flow of the goods and documentation, faster turnaround, and enhanced fraud prevention.”

Early this year six banks and licensing authorities in the UAE formed a consortium to support regulatory oversight of banks’ management and collection of KYC [known your customer] data. This will also enable more secure on-boarding, via the exchange of authenticated and digital customer data and documents through a blockchain network. Commenting on the announcement, which is credit positive for UAE Banks, Moody’s, the investor services/ credit rating body stated that “We expect the KYC blockchain consortium to support the asset quality of UAE banks primarily by reducing operational risk,” and that “This will ensure improved compliance with local and international KYC regulations while reducing the risk of data theft.”

“The platform will support regulatory oversight of banks’ collection and management of KYC data. We also expect it to help credit risk management with better data for client underwriting and debt collection,” Moody’s added.

Following this announcement, earlier this month, DIFC and Mashreq bank launched a blockchain data-sharing platform to expedite the opening of digital bank accounts. This will ‘support licensed businesses and corporates opening digital bank accounts instantly’. In a press release DIFC stated that they “took a strategic decision to harness this promising technology by focusing on a specific use case to enhance both the quality and integrity of corporate KYC information as well as quality of customer experience when opening a bank account”.

In the past few years there has been a wholesale shift by central banks into digital currencies, with northward of 50 nations actively exploring the concept, some rolling out pilots, and China’s central bank The People’s Bank of China recently filing 84 patents in relation to digital currencies. Indeed, a study by the Bank for International Settlements found that 80% of central banks are engaged in some form of CBDC work, with 10% expecting to issue their own within three years. This indicates that digital currencies are here to stay. There is little doubt the unveiling of Facebook’s digital currency Libra and its ability to potentially engage two billion people (representing a quarter of the world’s population) had caused central banks and regulators to sit up and take notice.

Acting well in advance of the Libra announcement, the UAE declared the commencement of work on a central bank digital currency, in partnership with Saudi Arabia. This project called ‘Aber’ will be restricted between a few banks and used for financial settlements between the two countries.

Commenting on this CBDC project, Essa Kazim, governor of DIFC, said “The new Aber digital currency pilot project is closely aligned with the UAE National Agenda and Saudi Arabia’s Vision 2030, both of which will foster innovation in the respective countries and across the region”.

This sentiment was shared by Richard Teng, CEO, Financial Services Regulatory Authority of the ADGM, stating “A central bank-backed digital currency has the potential to transform financial services in the GCC in a way that promotes financial inclusion, engenders trust in a cashless economy, and makes cross-border financial transactions safer, faster and more cost-efficient,”  in an interview with the National.

How the Rest of the World is looking at CBDCs

In line with the change in spending behaviour, research suggests that digital currencies have a positive impact on the economy through the simple fact that they are easier to spend. This in turn would provide central banks with more efficient ways of implementing monetary policy. The economist at The Bank of Canada, Mohammad R. Davood al Hosseini, believes that being able to accurately trace money flows on the blockchain and, as a result, being able to execute a more active monetary policy is perhaps one of the most significant selling points for a central bank digital currency. In addition, the ease of distribution and reduced cost of transactions would provide further efficiencies for central banks especially when transacting cross borders. FinTech in the developing world has focused on financial inclusion and demonstrated that through mobile payments the unbanked can be brought into the digital realm.

Central banks have options as to how they roll out digital currencies, and the plethora of published research, multiple pilots underway and a central bank digital currency policy-maker toolkit released at the World Economic Forum early this year highlight the importance of this shift. What has become abundantly clear is that if central banks are eventually going to have to embrace issuing money, at least in part, in a digital form. And with the expected rise in power of Libra, if central banks do not adapt in 2020 or the very near future, they will not be able to maintain full control for much longer.

While the Aber pilot will be limited to cross-border settlements in its initial phase, there is potential in the future for the UAE to expand into building a sovereign digital currency. That is, a complete substitute for physical Dirham which will be used by citizens as a mode of payment. This would allow for more rapid and secure cross-border financial transactions beyond the UAE and Saudi.

Furthermore, with the widespread use of CBDC, and a decrease in paper currency use, the UAE government could more closely control tax evasion, money laundering, counter terror financing and other illegal activities that are facilitated by paper currency.

Five reasons why distributors should move to the cloud in 2022