The next frontier of innovation 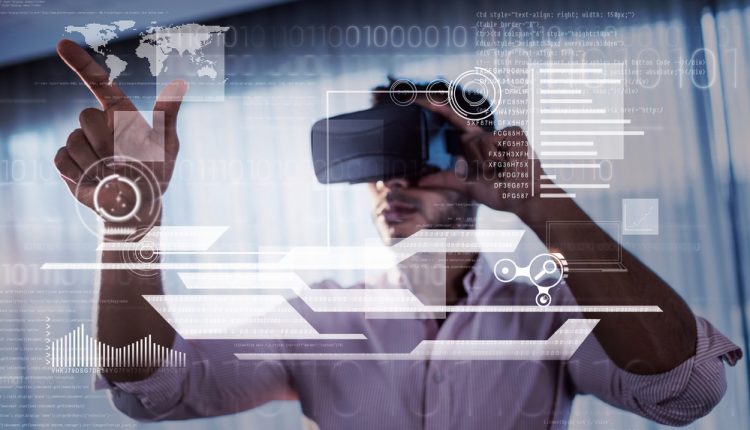 Artificial Intelligence (AI), once the stuff of science fiction and fantasy, is now setting new records.
US AI start-ups raised $1.9 billion in venture capital in the first quarter of this year – the most on record – according to a recent MoneyTree Report. And what’s more, last month’s Mobile World Congress – the world’s largest tech conference – was awash with innovations across AI and other “Frontier Technologies” like Augment and Virtual Reality (AR and VR), Robotics, Internet of Things (IoT) and Blockchain.

Typically, these technologies conjure up images of humanoid robots and other quirks of science fiction, but their potential is now being realised. Just look at Amazon Alexa or Tesla self-driving cars.
In fact, our 2017 State of Tech Investment report shows that Frontier Tech accounted for 20% of Global VC funding in 2017 – or $30 billion – and is forecast to grow strongly. This is even after venture capital funding grew 76% last year.

This boom in investment is also sustained by solid revenue growth, with Frontier Technologies generating more than $300 billion last year, largely driven by IoT, the most established of these Technologies. Other Frontier Technologies are certain to catch-up rapidly.AR and VR, for example, seems to have passed through the period of scepticism and is now expected to begin to go mainstream as the year ends, driving a new area of mixed reality where we will have the ability to experience with some of our senses – and one day with all five senses – something that is not real, but fundamentally feels real. This is underscored by the fact that AR gaming pioneer Magic Leap, which is hardly household name like Uber or Google, raised almost $1 billion in a recent mega investment round.

To believe the hype around Frontier Technologies, it is essential to understand that these developments aren’t just about Immersive video and gaming experiences or using voice recognition to order a pizza or play your favourite song. It’s about disruption.

Take auto insurance for example. AI will create a smoother boarding process by removing burdensome steps for the customer and the insurance provider, through customized solutions based on real-life driving behaviour, automated credit scoring, and chat-bots to interact with customers in a faster and more effective way, while IoT will ensure that the customer only gets charged for the time and miles driven in the car.

Disruption wise, Blockchain is expected to have a major impact, as its core capabilities can be applied across a variety of functionalities and industries. For instance, its ability to record transactions in a verifiable and permanent way will help protect real-time transactions in banking as well as being able to digitize manufacturing supply chain workflows.

It’s now clear that any long-held scepticism towards these Frontier Technologies is fading.

In fact, our report finds the US is no longer the sole drive of Tech investments. China is now a key contender and an emerging AI and VR powerhouse, as it can be seen in latest industry moves. E-commerce behemoth Alibaba invested $600 billion in AI-based visual recognition start-up SenseTime, while Internet Giant Baidu created a $200 million fund centred around AI.

China has the potential to match, or even surpass the US in terms of tech investments. Facebook CEO Mark Zuckerberg alluded to this during a congressional hearing this week when discussing his company’s competitiveness in the view of greater regulation versus other economies.

Beyond China, Asia is becoming a driving force for Frontier Technology investments, with Japan’s Softbank forming a $100 billion “Vision Fund” being the best example. Last year, Softbank invested hundreds of million dollars in Frontier Technology-enabled companies like Petuum, Lemonade and Nauto, among others.

Europe lags at this stage, despite the emergence of sophisticated tech hubs such as the Paris-London-Berlin triangle. Yet it’s just a matter of time before they begin to catch up.

There’s little doubt the technology industry is evolving at a pace and becoming ever more global. Emerging innovations such as Robotics, Blockchain, AI, IoT and VR continue to be watchwords of progress and will create a host of experiences for customers, simplify company processes and bring new opportunities for society at large.

Sooner than expected these Frontier Technologies will ensure that science fiction becomes the norm.