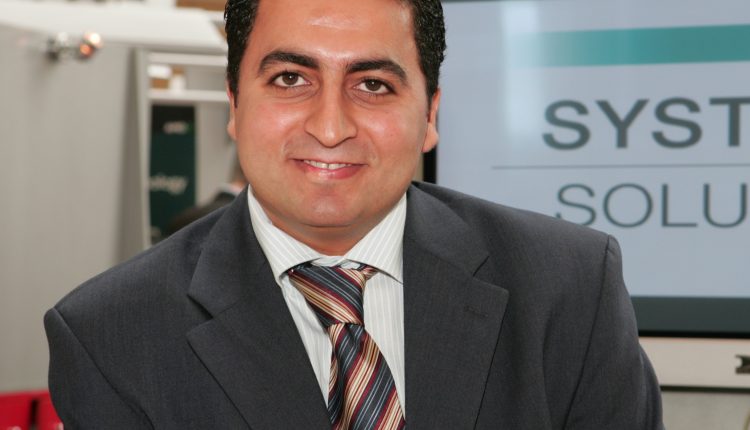 2019 saw the introduction of Wi-Fi 6 CERTIFIED products, the deployment of shared spectrum, availability of 5G handsets and service in select cities in the region, and an uptick in interest for private networks. These new standards, products, and services will give enterprises more choices in 2020 as to how they meet increased demands for both capacity and coverage, as well as meet increased end-user expectations.

Let’s start with Wi-Fi 6. Shipments of Wi-Fi 6 access points (APs) will increase across multiple and diverse verticals such as healthcare, education, and hospitality to support high-bandwidth applications including eSports, a scene which is starting to see investment in the region.  Other areas like 4K video, eSports, AR/VR, facial recognition and public safety will benefit from Wi-Fi 6 technology.

In fact, Wi-Fi 6 APs – which support up to a four-fold capacity increase over preceding Wi-Fi 5 Wave 2 APs – are expected to represent the majority of access points shipping by the end of 2020. Multiple Wi-Fi 6 APs deployed in dense device environments can collectively deliver required quality-of-service to more clients with more diverse usage profiles due to the use of technologies such as orthogonal frequency-division multiple access, multi-user multiple-in multiple-out and Target Wake Time.

Shared spectrum to start with use cases

Next, the “experiment” – as some are calling it – of shared spectrum kicked off in the U.S. with the FCC’s approval to enter initial commercial deployments of Citizens Broadband Radio Service (CBRS). Outside of the U.S., a number of European countries such as Holland, Germany, Sweden and the UK, and some countries from the Middle East are also looking at local licensing approaches using shared spectrum and cellular-oriented frequencies. As in the U.S., leveraging localized access to spectrum in the 3.4 – 3.8 GHz range will enable European enterprises to more easily deploy their own private networks in 2020.

We believe that 2020 will be the proving ground for use cases including industrial IoT and densely populated venues. One of the benefits of the shared spectrum includes the ability to provide connectivity for industrial buildings in remote or temporary locations such as mining, power plants, factories and warehouses.

Enterprises to deploy private networks to own data

Additional options for wireless in 2020 are private networks, by either network slicing or private LTE networks. The concept of private networks isn’t new, but CBRS and 5G rollouts are making the conversation a little more interesting. Enterprises realize that by managing their own private networks, they retain ownership of lucrative data that can be leveraged for analytics and machine learning purposes.

As IoT deployments increase, buildings will rapidly become ‘smarter’ from the inside out. However, IoT deployments and subsequent management – especially given the disparate nature and demands of certain applications – are often anything but. Indeed, IoT devices frequently require the installation of separate networks, straining lean IT departments and raising installation and management costs.

5G to roll out support for specific use cases

5G has been touted as the best thing since sliced bread – or at least that’s what some would imagine given all the expectations. Marketing of 5G in 2019 was mostly to consumers but we see the first true use cases that will drive adoption coming from in-building deployments. To enable the uses cases, 2020 will see wireless operators looking at the bands they’ve acquired through auctions or allocations and making technology decisions to maximize their investments.

Those technology decisions will impact the ability to bring 5G benefits into the building environment to deliver on some of the use cases including IoT, where machine-to-machine communications can enable billions of devices to send short bursts of information to other systems – bringing intelligent buildings and smart cities to life with more efficient operations and new capabilities.

Governments across the region are investing in telecommunications infrastructure in order to provision smart services.

The demand for sufficient bandwidth to support these types of technologies and the applications they will enable will become even more of a priority in 2020. We see options for in-building wireless acting as a catalyst in 2020 for the cyclical upgrade of back-end infrastructure including new multi-gigabit switches and fiber cabling that support Power over Ethernet (PoE).

IT departments engaged in cyclical upgrades during 2020 will deploy CAT6A cabling – which supports transfer rates of up to 10 Gbps – to prevent network bottlenecks and fully support new PoE demands. In addition, to support the expected increase in the amount of data and the number of devices, we believe enterprises will spend time and money in 2020 bringing in new multi-gigabit switches.

With the introduction of new technologies such as Wi-Fi 6, the launch of spectrum sharing, the uptick in interest for private networks and the continued rollout of 5G networks, 2020 will be the year that consumers and businesses are the big winners in wireless connectivity in the Middle East.

How to manage the people side of risk

Discover the worst passwords of 2019

Wipro Recognised As Leader In AI Consultancies By Research Firm

Kuwait Invests In Customer Experience To Drive IT Market