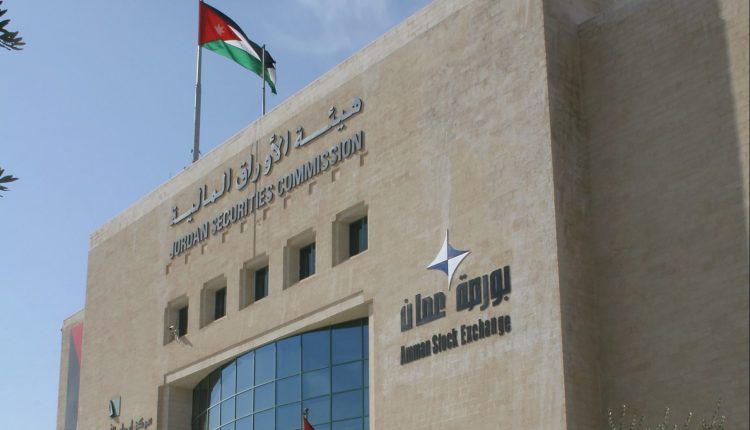 Nutanix has announced that Amman Stock Exchange Company (ASE) has successfully deployed Nutanix’s hyperconverged infrastructure-based Cloud Platform. The solution, which was expertly implemented by PROTECH, has eliminated hardware maintenance fees of over USD35,000 annually and significantly reduced operating expenses due to lower data center energy consumption and space requirements. It has also enhanced the performance of mission-critical applications such as ASE’s website, resulting in improvements in end-user satisfaction and reduction in IT helpdesk complaints. It also delivers high availability and makes zero RTO (recovery time objectives) and RPO (recovery point objectives) possible as Virtual Machines (VMs) can be effortlessly migrated between primary and disaster recovery sites.

As ASE hosts the trading platform for the country of Jordan, IT is an integral part of its overall organizational strategy. With their trading platform and auxiliary systems running on legacy hardware, which was originally installed in 2010, the IT team faced several performance and maintenance challenges, along with the looming threat of disruption to their operations due to aging IT infrastructure. As years progressed, the team found it increasingly difficult to procure spare parts, and upgrades were starting to become increasingly complicated and expensive. Every upgrade to the latest firmware involved replacing a lot of hardware – from servers and storage to network switches. The hardware maintenance contracts alone were costing ASE over USD35,000 annually.

To overcome the challenges it was facing due to its environment, ASE decided to implement a virtual environment based on Nutanix’s Cloud Platform. Critical applications that run on Nutanix include all the auxiliary systems for ASE’s trading platform as well as the website and its associated database. End users of these applications include brokerage firms, public shareholding companies, data vendors, investors, and the Jordan Capital Market (JCM).

Eng. Fadi Sodah, Director, Information & Communications Technology at Amman Stock Exchange said, “Nutanix proved to be the best option from both the technical as well as financial perspectives. VM migration was seamless and the entire implementation was completed without issue within just two weeks.” The solution immediately addressed the maintenance, expansion and upgrade issues ASE previously faced with its IT infrastructure.

“We went from 42U racks in each site – fully mounted with legacy servers, storage and controllers – to just 4U of servers running Nutanix AOS, including AHV hypervisor, and hosting all our applications. This of course has resulted in massive energy and space savings. In addition to this significant reduction in operational expenses, the five-year licensing and support terms provided by Nutanix offers ASE the potential to save over USD56,000 per year,” said Sodah.

Nutanix has enabled ASE to consolidate its compute, storage, and networking into an all-in-one platform that is easily controlled and monitored via a single dashboard. Sodah highlighted that the solution’s self-healing, patching, data protection, replication, policy enforcement, and event logging features have been especially beneficial to his organization. “All this has meant that we have seen a great improvement in the ease of management. Nutanix has reduced the effort needed for managing our environment, which enables my IT team to focus on more valuable tasks,” he said.

Commenting on application availability, Sodah said, “We have zero RTO and RPO because our primary and disaster recovery sites run in active-active mode and are connected by dark fiber.” Nutanix enables VMs to be effortlessly migrated between these sites. “Before if we had to do this, we needed multiple experts – one working on the switch, another managing storage and someone else working on the OS. With Nutanix however, this is all seamless as when we update a node, it is automatically updated across all layers,” he added.

“Trading is a high pressure business, and the stakes are high. If the ticker on our website has even a second’s worth of delay, we receive complaints. Real-time processing is key and even milliseconds of latency is unacceptable,” explained Sodah. Sharing an example of how the migration to Nutanix has mitigated such latency issues he said, “We observed poor performance in applications like our website and some internal apps, and troubleshooting revealed that this was due to slowness in the read/write function of our other hyperconverged solution. When we moved to Nutanix, we saw an immediate and impactful improvement in performance.”

While the ease of management and cost savings that his IT team now enjoy are no doubt highlights of the deployment, it is perhaps this enhancement of end-user experiences that ASE values most. “Ultimately, end-users are not concerned about the environment, the servers or anything else. They simply care about the performance of the applications and that’s something they have witnessed a noticeable improvement with,” said Sodah.

Outlining his organisation’s ongoing plans to extend its investment with Nutanix, Sodah said, “We have already completed our first expansion milestone, which we plan to expand on the coming years by adding more nodes. Given the success of this phase of the deployment, we are now looking to add new services, including mobile apps, web applications and eServices. As Nutanix’s solution has industry-leading deduplication features, it will help us accommodate future growth. We have complete confidence that this solution can serve our businesses’ requirements for the next decade.”

Prev Next 1 of 713
Popular Topics
Tweets by CxoMe