CXO roles have proliferated in recent decades, making it difficult for some title holders to find their footing in an ever-changing C-suite landscape, write José Luis Álvarez, Academic Director of the Corporate Governance Centre at INSEAD and Silviya Svejenova, Professor in Leadership and Innovation at the Copenhagen Business School. 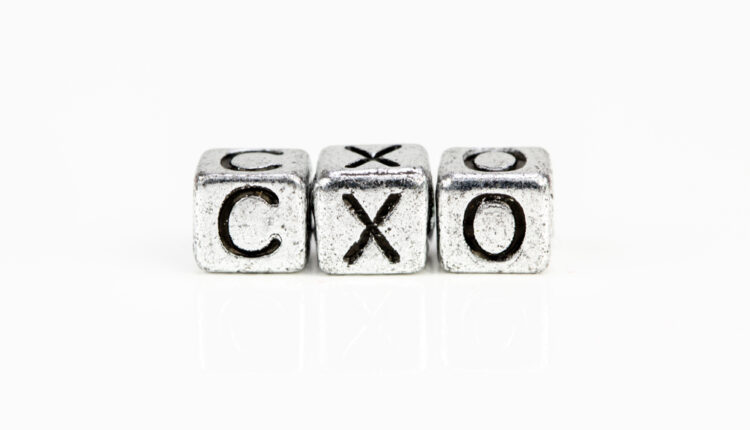 Without a doubt, you must have noticed the rise in number of new chief X officer (CXO) roles in recent years. In 2014, the size of the C-suite had already doubled since the mid-1980s. Chief purpose officers, chief impact officers, chief AI officers, chief metaverse officers, and chief diversity officers are just some of the newer titles to appear in boardrooms around the world.

This proliferation has created considerable volatility in the C-suite, as new chief officers must carve a place for themselves alongside the more established ones. For instance, there’s been concern that new C-level DEI roles, while necessary (i.e. driven by mounting external pressures to address racial, ethnic, gender, and other inequalities) may not necessarily be as empowered as their peers due to the lack of a clear mandate, recognised territory, or widely-agreed decision rights.

Denoting some turbulence, Nike will welcome its new head of diversity this July – its third since its announcement in 2020 that its first priority was ‘to get its own house in order’ in terms of diversity and inclusion. The name of the role has also changed from “chief talent, diversity and culture officer” to “chief diversity, equity, and inclusion officer”, moving away from domains such as talent and culture that have traditionally been the turf of HR.

This raises a key question: How to ensure that the newest CXO roles – today the chief diversity officer, tomorrow the chief heat officer to address global warming – are set up to succeed?

In our recent book The Changing C-Suite: Executive Power in Transformation, we examine how CXO roles have been added, modified, or removed in response to or in anticipation of emerging complexities and what that means for the strategic leadership of organisations.

Our findings are based on an analysis of about 560 reports published during 2000-2020 by 15 renowned consulting and executive search firms, a wealth of press releases and media coverage, as well as a review of summits and databases focused on different CXO roles. These findings could serve as a guide to CEOs and other senior managers involved in the design, introduction and implementation of these roles. They can also help executives navigate the ever-changing C-suite landscape.

Five questions to ask before crafting a CXO role

When a new or substantially modified CXO role is introduced, essential design and implementation decisions must be made, with due attention to its impact on the C-suite and the future state of the organisation. It’s not only about empowering the new position holder. Everyone, including the position holder, should be able to answer the following five questions.

Why is the role needed now?

Does the role exist to fit the needs and expand the capabilities of the organisation? What pressures from and interests of external or internal stakeholders does it address? For example, the role of chief climate change officer is a response to strong social forces from employees, activist groups and customers who demand attention to environmental issues and associated risks to food, water, livelihood and identity.

This question is the most critical, as it helps untangle the key complexities and stakeholder interests behind every CXO role. Whether the role is needed or not and its criticality to the organisation’s standing is influenced by the level of complexity and stakeholder interests, as well as the extent to which they threaten the survival and successful adaptation of the organisation.

Dealing with external stakeholders is one such complexity. To address this important group, the African Development Bank Group has introduced a chief governance and shareholder relations officer, while LGPS Central Ltd, a British pension fund, created a chief stakeholder officer role. We expect a proliferation of such roles with some variations in the relevant stakeholder group specified in the designation.

Similarly, roles such as chief AI officer, chief cybersecurity officer or chief data officer have been created to address the quickly evolving possibilities and challenges of digital transformation, from AI and IoT to cloud, blockchain and cybersecurity.

When we ask why a role is needed, it is important to note that the ‘why’ could well be aspirational. It could signal internally and externally that a certain domain is becoming a strategic priority and requires dedicated executive attention and action. For example, Spanish telecom Telefónica introduced a chief metaverse officer to help channel the corporation’s interest in engaging with start-ups in that domain. The introduction of a new CXO role could in fact make an organisation’s commitments more visible, tangible and accountable, as with appointments of chief diversity officers.

The remaining four questions help place the role within the larger system of executive and other organisational roles and tasks. They also help to specify some of the most essential interactions, expertise and skills.

What is the mandate of the role?

What should the CXO accomplish and with what time horizon? What is the key task? What paradoxes or tensions must they deal with? For instance, should the position holder focus on long-term achievements or go for immediate gains? How permanent is the role expected to be? Clarity on these is essential to incumbents. For instance, a 2015 PwC report on the future of the chief digital officer was titled “Adapt, disrupt, transform, disappear”.

Where does the new CXO sit in the organisational chart?

What is the role’s distance from the CEO? Does the new CXO sit on the executive committee or report to someone on it? Is there any overlap or interdependence with another CXO role? If so, how are areas of responsibility, resources and access to the CEO distributed? Where is collaboration necessary?

For instance, when a firm collects data on customers beyond the traditional channels, it can lead to conflict between its marketing and technology functions. Such conflicts can be prevented by having a chief marketing technology officer reporting directly to both functions, one level away from the CEO. Another example is Levi Strauss’ appointment of a chief strategy and artificial intelligence officer (who is one level away from the CEO) to bridge two previously separate areas that now need to collaborate.

What expertise does the CXO require?

What is the expected career trajectory for candidates? What are stepping stones to the new position (CXO role or otherwise)? Where else can it lead its incumbent? Have professional associations or organisations made efforts to legitimise the role or to support the development of best practices? If so, could these groups help define the current priorities or challenges of the new CXO role?

Professional activities, such as summits and networking events, can help take the pulse of a new CXO role and project its future. For example, Martha’s Vineyard CDO Summit offers a chance to meet fellow chief diversity officers, share knowledge and experiences and “learn the best and next practices in DE&I”.

Universities and business school have also begun to offer CXO-centred professional certificates to hone the unique expertise of such roles. MIT offers a chief digital officer blended professional certificate, while Kellogg runs an invitation-only Chief Marketing Officer Program since 2013. Wharton offers self-paced CXO programmes for chief human resources officers and chief technology officers, as well as a Global CXO Program for the C-suite. Harvard Business School runs Succeeding as a Strategic CFO, which offers learnings on how to become a strategic partner of the CEO.

Does the CXO have the necessary skills to advance the agenda?

Our analysis shows that being a CXO is less about having a set of formal knowledge and competencies in “X”, and more about a distinctive style or way of doing things. Most critically, executives must continuously build social and political capital to work across boundaries – both internally and externally.

As a recent KornFerry report on diversity officers highlighted, they are “go-getters” and “exceptional network builders” that excel at managing conflict and persuading others.

In a crowded and ever-changing C-suite, chief executive officers are called to fulfil the role of designing the top leadership team more than ever. They must be able to identify new pressures or opportunities that require executive attention, while coordinating efforts of the diverse CXOs. To achieve these, they should be free to use a combination of sub-committees, inner cabinets, councils, work groups and permanent or even ad hoc forums.