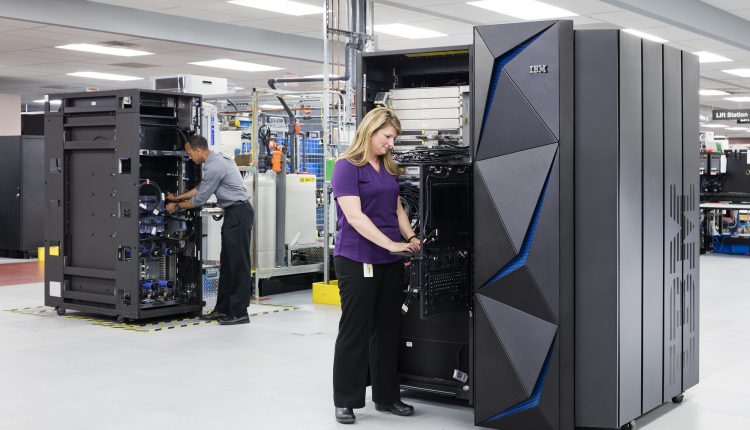 IBM has announced its newest cloud-ready mainframes — the IBM z14 Model ZR1 and IBM LinuxONE Rockhopper II, the latest additions to its family of servers announced in 2017.

The company claim this will bring the power of the IBM Z to an even broader centre of clients seeking robust security with pervasive encryption, cloud capabilities and powerful analytics with machine learning. Not only does this increase security and capability in on-premises and hybrid cloud environments for clients, IBM will also deploy the new systems in IBM public cloud data centers as the company focuses on enhancing security and performance for increasingly intensive data loads.

The new IBM systems are designed to bring industry-leading security for Linux environments with the broad use of IBM Secure Service Container technology.  Steps can now be taken to protect data against internal threats at the system level from users with elevated credentials or hackers who obtain a user’s credentials, as well as external threats with no application changes. Software developers benefit by not having to create proprietary dependencies in their code to take advantage of these advanced security capabilities. An application only needs to be put into a Docker container to be ready for Secure Service Container Deployment, and the application can be managed using Docker and Kubernetes tools that are used to make Secure Service Container environments easy to consume.

This unique capability provides a secure logical partition and encryption of all data within that partition. CIOs and service providers can provide these environments to their users without risk of compromising the trust they have, while also meeting increasing industry regulations.

Cloud data centre in a box

The new IBM Z and IBM LinuxONE offerings also bring significant increases in capacity, performance, memory and cache across nearly all aspects of the system. A complete system redesign delivers this capacity growth in 40 percent less space and is standardised to be deployed in any data centre. The z14 ZR1 can be the foundation for an IBM Cloud Private solution, creating a “data center in a box” by co-locating storage, networking and other elements in the same physical frame as the mainframe server.